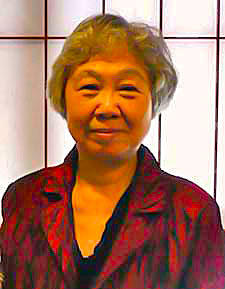 “When I was 8 years old, the atomic bomb was dropped on Hiroshima. Most people died who were within 1.5 miles of the hypocenter. I luckily survived although I was one mile from the hypocenter.

“After many years, I have met a lot of people, including people from various foreign countries. I have always tried to tell them, both domestic and foreign, about my A-Bomb experiences of survival. I have contributed weekly essays entitled I Sow Seeds of Nuclear Abolition to the local Joyo Newspaper since July, 2005.”