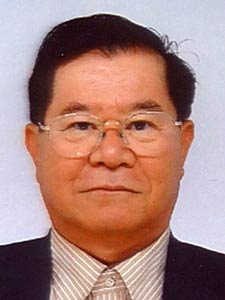 Mr Hakariya was at his house located 3.8 km away from the hypocenter when he experienced the bomb flash and bomb blast. He sought refuge in an air-raid shelter nearby and avoided further exposure to radiation. After the war he taught in high schools for 36 years. Participation in the 2nd Peace Boat Hibakusha Project in fall 2009 was the starting point for him to start telling his story. Mr Hakariya joined the Nagasaki Foundation for the Promotion of Peace to give his testimony, and he continues to talk about the true nature of nuclear weapons to young people, traveling himself to South East Asia and around the world to do so.