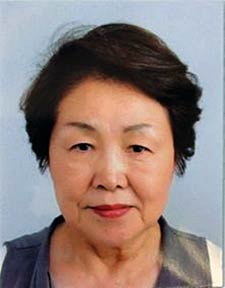 Ms. Sugino was exposed to the atomic bomb at her house, located 1.3 km away from the hypocenter. Although she and her mother were trapped under the collapsed house, their neighbor helped them and they survived. Her elder brother, who was drafted into the military as a student, died in an explosion near the hypocenter. Her elder sister also passed away 20 days after the bombing due to severe burns. As she was too young, she does not have any clear memory of the bombing; however, she is a member of an organization of atomic bomb sufferers in Tokyo who record testimonies given by other survivors. In 2012, she started giving testimony herself with a help of her mother’s memories.