These Organizations Are Working for Nuclear Disarmament, Peace and Sustainability

Bulletin of the Atomic Scientists: In-depth information and analysis about current proliferation issues, weighing in on both nuclear weapons and nuclear energy. The journal was founded in 1945 by Albert Einstein and other prominent scientists from the Manhattan Project as a response to the secrecy surrounding the bomb and the urgency for nuclear disarmament.

Institute for Energy and Environmental Research: IEER’s Energy and Security newsletter comprises first-rate research on nuclear non-proliferation, disarmament and energy sustainability, and is available on-line in English, French, Spanish and Russian, with select articles in Korean, Chinese and Japanese.

International Campaign to Abolish Nuclear Weapons: ICAN is a coalition of non-government organizations in one hundred countries advocating for a strong and effective nuclear weapon ban treaty. Negotiations on this new global agreement are taking place at the United Nations in New York in 2017. To keep up to date on treaty negotiations visit nuclearban.org

International Physicians for the Prevention of Nuclear War: Focusing on health and medical issues IPPNW was founded by Russian and American doctors during the height of the Cold War. Convinced that nuclear war would be the ‘final epidemic’ they joined together to alert the public to the dangers of nuclear weapons and radiation. In 1985 they were awarded the Nobel Peace Prize.

The Nuclear Weapons Inheritance Project is IPPNW’s youth project with young doctors taking action for disarmament.  With a special focus on non-confrontational dialogue with nuclear decision makers, the project connects young medical professionals around the globe as they embark on their careers as healers and disarmament activists.

Natural Resources and Defense Council: The NRDC was founded in 1970 specifically focused on US environmental law. With a staff of over 300 lawyers, scientists and policy experts, NRDC is at the forefront of policy research on the environment and have a section dedicated to monitoring nuclear weapons activity worldwide.

Nuclear Darkness: A project led by Steven Starr for the Missouri Nuclear Weapons Education Fund, Nuclear Darkness is a comprehensive primer on the environmental effects of nuclear war, particularly relating to fire and climate change.  Filled with extensive resources, films and further reading/links, this site also has a firestorm ‘simulator’ that details what might happen in regions throughout the world if nuclear weapons were used.  The website is available in English, Russian, Chinese and Hebrew.

Reaching Critical Will: RCW is the one stop shop for basic facts on disarmament treaties including treaty language and analysis, plus an excellent inventory of country statements, and original research. Staff monitor UN meetings and provide excellent editorials on all UN disarmament fora. Sign up for their daily newsletter during ban treaty negotiations, and find archived research on their content rich site. RCW is a project of the Women’s International League for Peace and Freedom

Stockholm International Peace Research Institute: SIPRI was established in 1966, as an independent ‘think tank’ focusing on international security, arms control, and disarmament. Part of its work is to track military spending and study issues related to effective monitoring and verification arrangements for international treaties and agreements related to nuclear disarmament. 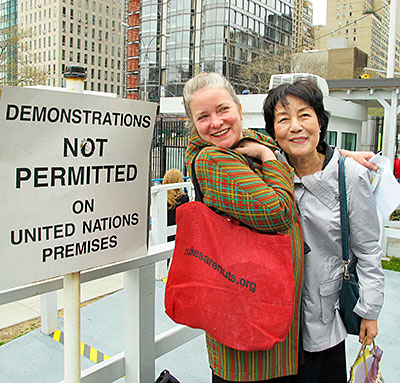 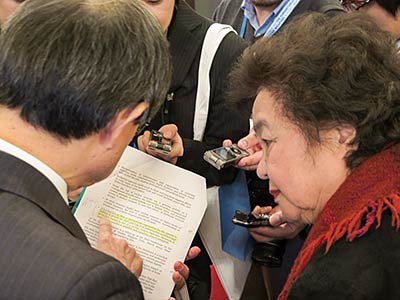