The mission of Youth Arts New York is to provide experiences in the arts and sciences that engage youth in building a peaceful and sustainable future.

We hope to impart a long-view with regard to nuclear disarmament and the legacy of radioactive materials that result from nuclear power and nuclear weapons.  Our primary teacher in that long view is Dr. Joanna Macy, Buddhist scholar and Systems Theorist who has been an original inspiration and supporter of Hibakusha Stories.  Nuclear Guardianship is a concept created by Joanna and others to care for the radioactive legacy that we bequeath to future generations. The following article by Hibakusha Stories Director Dr. Kathleen Sullivan introduces that concept and includes links to further resources online. 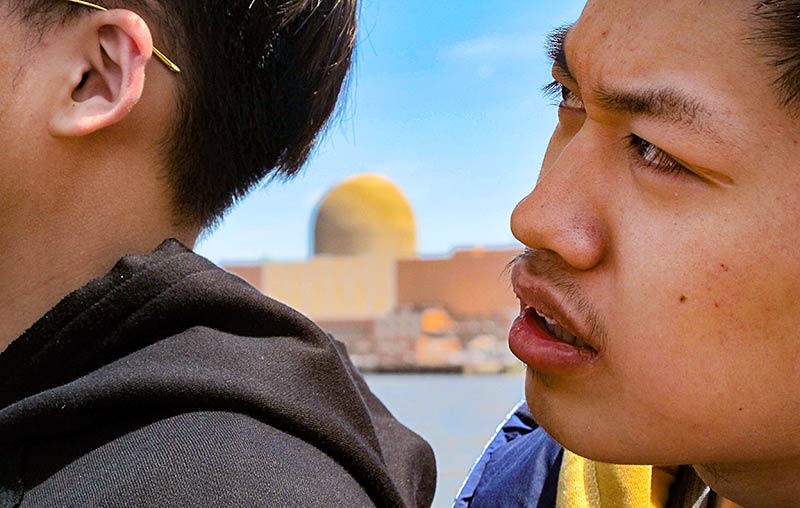 Huddling under the stars in the dark, on the edge of a devastatingly bleak military base, guarded constantly by US Army personnel, might have been a daunting experience, but the women were sustained by their convictions, and unified by a fervent desire to forward the cause of peace by resisting the installation of cruise missiles on our soil. ( ‘A Voice from the Peace Camps:  Greenham Common and Upper Heyford’, by Maggie Lowry in Over Our Dead Bodies: Women Against the Bomb. London:  Virago, 1983).

The women’s peace camp at Greenham Common, a military base jointly operated by the US and British Air Force, was established in 1982 with a walk from Cardiff, Wales to Greenham in South England, where women opposed the presence of US nuclear weapons in the UK.  For thirteen years, women lived outside at the gates of Greenham in order to draw attention to both the site and the proliferation of nuclear technology that the site symbolized.  The thousands of women who took their turn living at Greenham made the presence of nuclear weaponry visible for an international community.  The women’s peace camp at Greenham has been a world-wide inspiration, and in a fundamental way, changed the nature of anti-nuclear protest.  The combination of making the site visible as the symbol of nuclear technology and sustaining that gaze by living at Greenham for over a decade, demonstrated that non violent protest could force the hand of the world’s largest military.  After thirteen years of women living at the site, the nuclear cruise missiles were returned to the US and the base was closed.

When Joanna Macy visited the women’s peace camp in 1983, she experienced a feeling of déjà vu:

Sitting in the rain at Greenham Common I suddenly realized that this feeling of déjà vu was not about the past so much as the future.  Of course!  For life to go on, this is what would have to happen around the nuclear power and weapons stations. . . .  Even after nuclear disarmament, even after the closing of the last reactor, something like these citizen encampments would be necessary to ensure that the radioactivity was contained.” (Widening Circles. Philadelphia: New Society Publishers, 2000).

Years later, out of Joanna’s vision of citizen responsibility for radioactive waste came the Nuclear Guardianship Project. Established in Berkeley, California in 1989, Nuclear Guardianship maintains that in order to take care of radioactive materials, those materials must be kept in view.  The project, a citizen initiative, asserts that present proposed ‘solutions’ to the problem of radioactive waste further displace notions of its responsible care.  To date the only ‘solution’ on offer is deep geologic burial. That essentially means digging a hole and burying the radioactive, toxic materials. If we truly understand that the earth is a dynamic living system, then we understand that burial will only further disseminate and contaminate, not contain.

Nuclear Guardianship advocates the storage of radioactive material above ground, or just below ground in a monitored, retrievable configuration.  When the material is stored where present and future generations can see it, the maintenance required for its continual isolation from the environment is more readily facilitated.  Nuclear Guardianship acknowledges that this form of responsible care will require ongoing monitoring and maintenance.  Because of the uniquely vast temporal nature of radioactive materials, these materials will require routine repackaging in order to ensure their safe accommodation.  Continual monitoring and maintenance is and will be necessary. No human-made containment vessel will ‘outlive’ the radioactive materials they attempt to contain.

Radioactive waste storage is likewise envisioned as decentralized, occurring where possible at the site of generation.  Storing radioactive materials where they have been produced avoids the further risk of contamination that might occur in the transportation of these materials.

After more than 70 years into the nuclear age there is still no technological ‘solution’ to the ‘disposal’ of radioactive materials.  For materials that remain life-threatening beyond any conventional notion of time, ‘disposal’ cannot be achieved.  Wherever the material is placed, it will continue to be both mutagenic and carcinogenic.  Therefore, it is paramount that the materials remain in view in order that their safe containment be achieved.  By watching the radioactive materials, by monitoring and correcting any found problems, it is then that these materials can be continually isolated from the environment.  Moreover, keeping the material visible further serves to develop people’s commitment to its responsible care, which could be recognized as humanity’s most enduring artifact for future generations.  In order to care, we must pay attention.

No technology by itself can banish [radioactive materials] and when we attempt to hide it (or hide from it), the radioactivity spreads beyond our control . . .  We can contain the radioactivity if we pay attention to it.  The act of paying attention may be the last thing we want to do, but it is the one act that is required.  And increasing numbers of citizens and scientists are recognizing today that the only realistic, viable response to nuclear waste is on-going, on-site, monitored storage — keeping waste containment visible and accessible for monitoring and repair by present and future generations  (World As Lover, World As Self. Philadelphia: New Society Publishers, 1992).

Every process involved in the production of nuclear weapons and nuclear power creates further radioactive ‘waste’.  The products of nuclear technology and the instruments used to produce them, will eventually require isolation from the environment.  That is, every nuclear bomb, nuclear reactor, glove box, radiation suit, and the production facilities themselves will all require containment.  And in the case of plutonium, this containment needs to be achieved for nearly one quarter of one million years.

The only way to take on the colossal task of isolating radioactive materials from the environment for their requisite, immense time-frame is to make that responsibility visible.  It is through this visibility that future generations are called into a responsible relationship with the nuclear legacy present generations bequeath to them. Nuclear Guardian Sites require common folk to perceive radioactive materials as part of a living present, and moreover a living future, a culture of responsibility, in everyday life, that is passed on to future generations.

Understanding the intergenerational effects of our nuclear legacy opens up a dialogue with the future.  By burying radioactive materials, future people are excluded from a discussion that they are necessarily a part of.  While it is not possible to ‘speak’ with future generations, it is still possible to take their well-being into consideration in relation to the nuclear materials that they will, buried or not, inherit.  There is no other product of nuclear societies that will so fervently stand the test of time.  No work of art, no system of language will outlast the near timeless radioactive materials of the present.  For this reason alone (although there are others), the containment of radioactive waste must remain visible and in our conscience in order for future generations to take up and eventually pass on the legacy of care and responsibility for nuclear materials that we in the present bequeath to them.

The Nuclear Guardianship Forum, was an occasional publication focused on guardianship issues and published in the 1990s:
http://www.ratical.org/radiation/NGP/

For a general primer on nuclear related subjects:
http://www.earthcitizens.net/topics/nuclear-power-weapons-waste-accidents-contamination/ 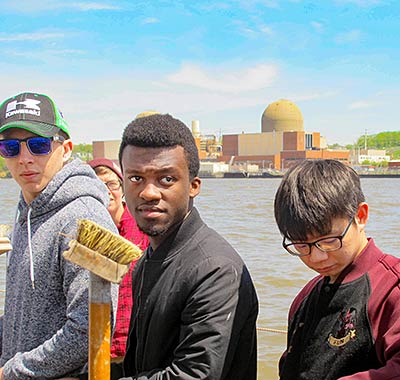 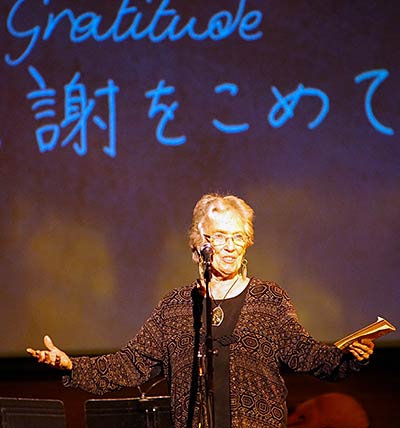 Joanna Macy at WITH LOVE to Hiroshima and Nagasaki concert 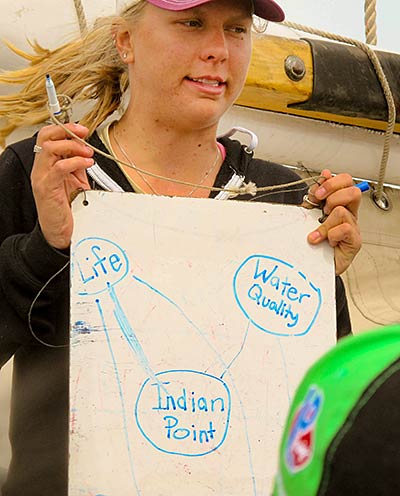 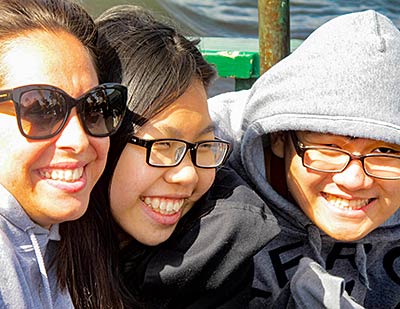 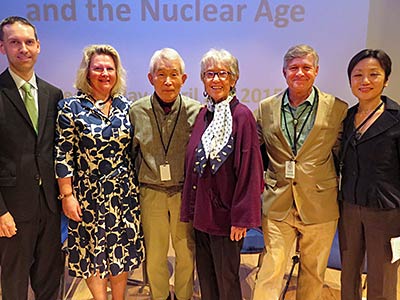 Joanna Macy at her alma mater, the Lycée Français, NYC 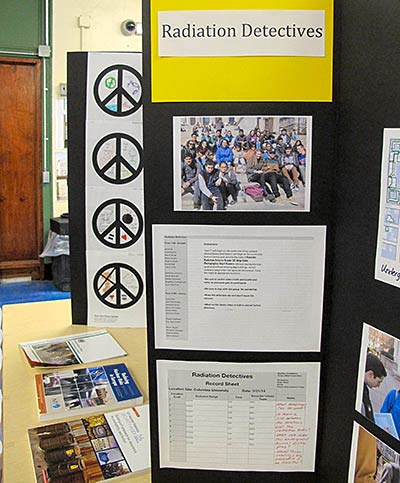 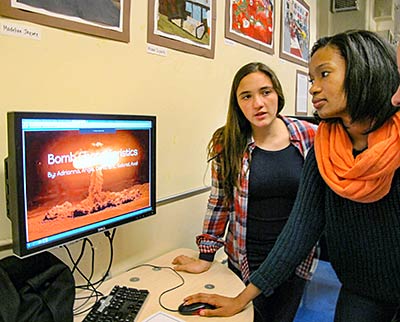 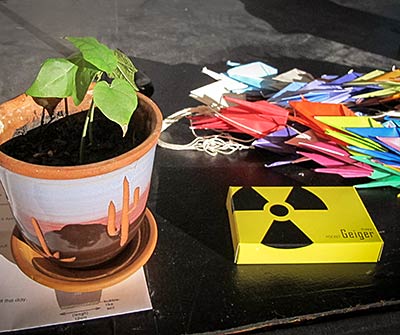 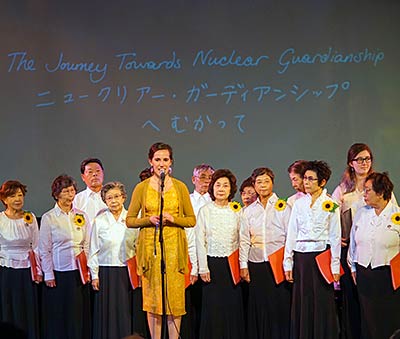 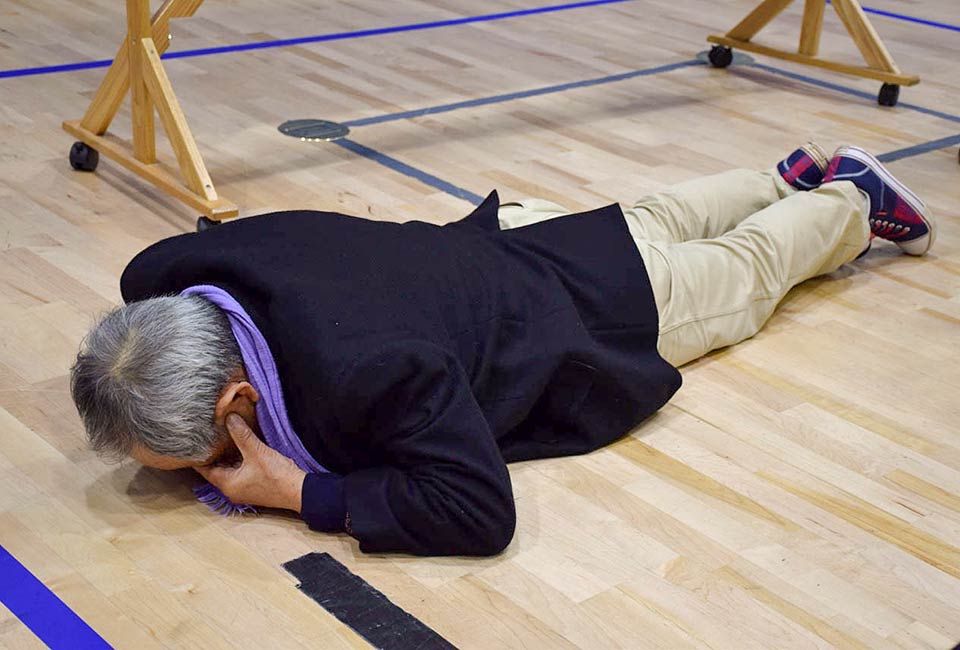 Jong Keun Lee at Magen David Yeshiva HS, Brooklyn, demonstrates how children were taught to protect themselves when under attack, May 2015