What do people need to know?

What do radiation measurements mean? At what level does radiation exposure become dangerous to humans and other life forms? How do we mitigate the effects of radioactive exposure? What are the differences between immediate and long-term effects?

Dr. Karl Z. Morgan, the father of health physics, spent his life answering these tough questions. He was at first an ardent member of the nuclear establishment. He worked on the Manhattan Project and also at the Oak Ridge nuclear weapons plant in Tennessee. But he later became an opponent of nuclear weapons and nuclear power when he realized that the US nuclear industry was suppressing the dangers of radiation exposure. Dr. Morgan pioneered research that argues there is no safe level of radiation. The National Academy of Sciences echoes his claim in their report on “Health Risks From Exposure to Low Levels of Ionizing Radiation“. Again agreeing that there is no “safe” radiation dose and that any dose of radiation may be harmful.

If there is no safe level of radiation exposure and if human beings by nature make mistakes, then shouldn’t we phase out technologies that exceed our physical and moral capacity to contain and control them?

We need to be aware that many people in the media and governments are confused about “safe levels.” And it may be that this confusion does not stem from ill will, fear management or protection of assets, but from the reality that the majority of us simply do not understand radiation. Radiation is invisible to our senses, and for so long, has been invisible to our moral imaginations. We must learn to see it, contain it and guard it from the biosphere.

It is true that we live with radiation every day. Radiation naturally comes from the sun and from the earth. We are exposed through x-rays, on airplanes and through nuclear medicine, which can be life saving for those suffering from cancer. But natural radiation and the nuclear medicine of human-made radiation are not the same as the radioactive isotopes used for nuclear weapons and nuclear power production. Even though there was exhaustive and often inhumane research conducted on atomic bomb survivors after Hiroshima and Nagasaki, we still don’t fully understand the latent and direct effects of radiation exposure, let alone inter-generational anomalies. That is why we should always apply the precautionary principle. The precautionary principle, developed as an international environmental standard at the Wingspread Conference Center in the 1990s, states, “when an activity raises threats of harm to human health or the environment, precautionary measures should be taken even if some cause and effect relationships are not fully established scientifically.”

Each link in the nuclear fuel chain releases radiation and creates nuclear waste. This process begins with mining for uranium, whether that is for the production of nuclear power or weapons. Uranium use in reactors creates fissile materials that can be used to make nuclear weapons. Grave accidents, such as the unfolding radioactive tragedy at Fukushima can be avoided if nuclear power is phased out.

Our friends at Todos Somos Japon have created a basic radiation guide, specific to the Fukushima tragedy and traveling in Japan.

The Nuclear Information and Resource Service is an excellent resource for fact sheets and articles on radiation.

NIRS Southeast Director Mary Olson has focused her attention on the gendered effects of radiation exposure. “A woman is at significantly greater risk of suffering and dying from radiation-induced cancer than a man who gets the same dose of ionizing radiation. This is news because data in the report on the biological effects of ionizing radiation published in 2006 by the National Academy has been under-reported. It is more often acknowledged that children are at of higher risk of disease and death from radiation, but it is rarely pointed out that the regulation of radiation and nuclear activity (worldwide) ignores the disproportionately greater harm to both women and children.”

To protect future generations and life on earth, we must abolish nuclear weapons, stop the production of nuclear power and become guardians of our radioactive legacy. Best we all become more familiar with the risks and hazards of radiation exposure. 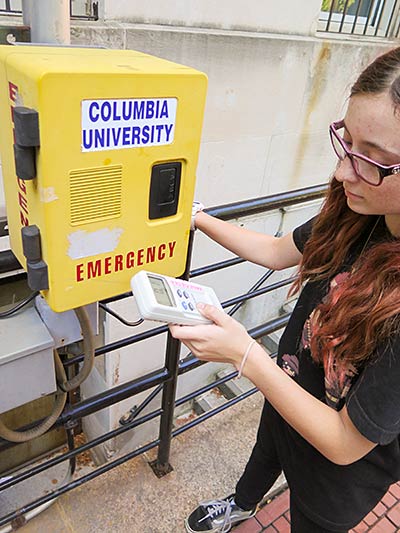